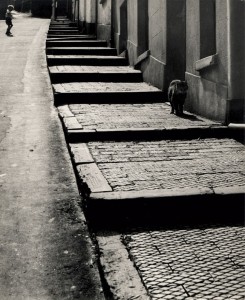 We learn that Natascia – anarchist arrested on May 21, 2019 for the “Prometeo” repressive operation – has been transferred from Piacenza prison to that of Santa Maria Capua Vetere, in the province of Caserta. Further updates will follow.

To write to her:

Below is the address of Beppe, also imprisoned for the “Prometeo” operation:

Beppe and Natascia were arrested on May 21, 2019 for the “Prometeo” repressive operation, carried out by the ROS (Raggruppamento Operativo Speciale, “Special Operational Grouping”) of carabinieri. Another anarchist, later released from prison in December of the same year, was also arrested in the same operation. The comrades are accused of “attack for terrorist or subversive purposes”, since they are held responsible for sending three parcel bombs in June 2017 to prosecutors Rinaudo, public prosecutor in several trials against the antagonist movement and anarchists, and Sparagna, public prosecutor in the trial for the “Scripta Manent” operation, and to Santi Consolo, at the time director of the DAP, the Department of Penitentiary Administration, in Rome.

On February 8, 2021, at the Court of Genoa, was held the hearing to schedule the trial in which Natascia, Beppe and the other comrade are accused of sending the three parcel bombs addressed to Consolo, Sparagna and Rinaudo. The charge, which remains unchanged, is article 280 (terrorist attack), paragraphs 1 and 3, with the aggravating circumstance of lethal force. The trial will begin on Monday, May 10 and the hearings will take place on Mondays and Tuesdays of each week in May (until June 1). On July 1 and 2, prosecutor Manotti will present his indictment and lawyers will reply, and the first instance verdict is expected between July and September 2021.

On December 17, 2019 another pre-trial detention came to Beppe, also executed by the ROS of carabinieri. He is accused of placing an incendiary device against an ATM at a post office (Genoa, June 8, 2016). In that period, the post office service was repeatedly attacked because of its collaboration in the expulsion and deportation of migrants through the airline Mistral Air (at that time controlled by Poste italiane). Also in Genoa, the trial for this investigation against Beppe is currently being held.

[Translated into english by malacoda.noblogs.org].

ON THE PREVENTIVE SEIZURE OF MALACODA.NOBLOGS.ORG AND ROUNDROBIN.INFO IN THE CONTEXT OF SIBILLA REPRESSIVE OPERATION (ITALY)

Following the Sibilla repressive operation of November 11, 2021, against the anarchist paper 'Vetriolo', the websites roundrobin.info and malacoda.noblogs.org were subjected to preventive seizure, in an attempt to block the online reading of articles published in the paper and others that the repressive forces believe were written by the investigated comrades. The two websites are blacked out in Italy, so in order to visit them in this country you need to use TOR or a VPN. Solidarity with the comrades arrested, investigated and searched.